What players are saying: 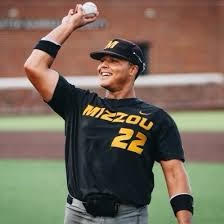 “It’s simple, it’s just not that easy. Joey Gomes has put together an army of pure hitters. Any player who plays under his instruction is taught how to simplify one of the most difficult things to do in all of sports. From the first conversation I had with Joey I immediately started to gain confidence in always portraying the best version of myself on and off of the field.


It’s natural for doubt and tension to overcome a player in the box, and that’s not a secret to those who have played the game for long enough. Gomes has a natural way of teaching his followers to get out of THEIR OWN WAY, and free up the mind to become the ultimate version of themselves.


I couldn’t find any one person who has worked with him and wouldn’t say they’ve become a better player because of it. Go to war with him, and you can guarantee he’ll go to war for you when you need it. Find the PartyOutFront®!“ 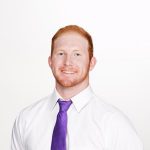 “Joey Gomes… king of the 707. Hard to put a word on how impactful Joey has been in my life. If you still think of the word ‘hitting’ as swinging the stick, you won’t understand the lingo that takes place within the cage. Joey teaches what it means to be a hitter; the mentality, the controlled aggression, and the approach needed to succeed. No body cares about the look of your swing, it’s about what the swing will produce, and the resume Joey has created for himself with the dudes walking in and out of his cage is let alone enough to show you that what he teaches produces what the industry wants… barrels. I haven’t been across anyone in my career as a ball player who can simplify hitting and make you understand what it means to be a hitter better than Joey. If you wanna learn how to put a good move on a ball, go to Joey.“ 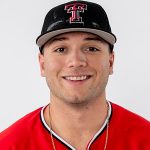 “I’ve been very fortunate to be around a lot of well-respected baseball people in my life and Joey Gomes is the best it gets. One of the best hitting guys you will find but what he is the best at is teaching mindset and approach.

I played one summer for Joey and it led to me having a very successful college career. He taught me life lessons along with baseball lessons that will stick with me forever. I keep in touch with him to this day and will the for the rest of my life. He is a guy that you will always have in your corner if you do things right and respect the game. I sat a year due to NCAA transfer rules and I give a lot of my credit to Joey because he coached me before I stepped foot on a college field and he taught me many things along with giving me a lot of confidence in believing in myself.” 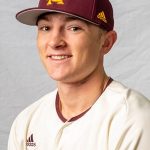 “My life changed when I consistently started hitting with Joey Gomes my sophomore year of high school. I can confidently say I would not be playing power 5 baseball and chasing my dream of playing professional baseball if it wasn’t for him. He turned me into a lion on the field and in the weight room.

The experience and stories he told me over the years prepared me for any situation on the field. He is big on the mental side of hitting and rightfully so, because you get to a point where the game becomes fully mental. It’s all about how bad you want it, and I wouldn’t want anyone else to be in my corner. Joe Gomes is the man.“ 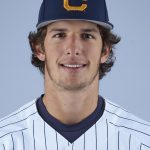 “Joey Gomes is one of the most impactful coaches I’ve ever had in baseball. I learned more about hitting in a short time with him than I had in years.

Joey taught me about an entirely new side of hitting and completely changed my mindset when I think of the word “hitting.” He helped me become a much better hitter without even making a single physical adjustment to my swing.

Most coaches will try and make baseball seem really complex, where as Joey does the opposite. He taught me to make baseball simple, and that made me a much better player. Joey also treats me like a player that he’s coached for years, and it’s really nice to know I have a mentor like him that I can turn to whenever I need.

I can confidently say that without Joey I would not be able to have the success that I’ve had. I would strongly encourage anybody to hit with Joey if you can because I can guarantee that he will make you a better hitter.” 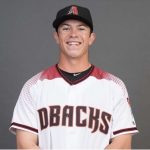 “Joey and I have been working together since I was 13 years old. That was in 2006. 12 years later and playing professionally, I still use what I refer as “Joey-isms” today. “Party out front,” “When in doubt, get the head out,” “Get the barrel out with your wrists, not your twist,” and my favorite, “Yao Ming.”

Before all these so called hitting gurus came out of the woods with launch angle and exit velocity parameters, Joey told me in this little cage we called, “the coop”, an old chicken coop that we used to hit in that was 12 feet wide, 12 feet long, and 8 feet hit, to hit the ball as hard as I can at “Yao Ming” height. That was the top of the back of the net in the coop which would equate to a double or a home run in a game. It didn’t matter where we hit, and we did not need a state of the art facility to get better, we just needed a guy to give us direction on what to work on, and without Joey, I would not have become the hitter I am today.

Joey took a professional but simple approach to teaching hitting, even to kids as younger than me when I first started hitting with him, to get the best out of these young hitters and understand how there body is moving in space. Joey didn’t want to just throw me BP every day to get my confidence up to play in the little 707 puddle, Joey wanted me to dominate at the next level and on. So every day we worked together, which was once or twice a week, I was challenged physically, emotionally, and mentally. There were days I was tired, there were days I didn’t feel great, but Joey knew not only what to say, but how to say it to get my 100% every single session.

Without Joey, I wouldn’t have gotten a college scholarship, all the accolades I achieved, and play professional baseball. Joey is one of the best hitting coaches out there and still helping kids develop at all levels to be not only the best baseball player, but the best young men we could be. “ 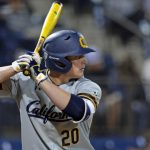 “Joey Gomes is one of the most knowledgeable hitting instructors I’ve come across. When Joey talks hitting everything just seems to make sense. The mentality that he teaches made me a much better hitter at the plate from understanding quotes like, ‘Nobody is guarding you at the dish’ and ‘PartyOutFront.™’

He tells it how it is and I would recommend any hitter wanting to get better to hit with Joey. He will make you a better hitter if you’re willing and able! “ 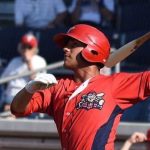 “The summer of 2015 changed my life. I remember the day I got a call from Joey Gomes asking me to come to a try out to fill a spot for the famous Healdsburg Prune Packers. If you’re a Sonoma county high school or college kid you know that it is an honor to work with a coach named Joey Gomes, as well as play with some of the top college talent in the country. I was fortunate enough to make the team and contribute early, earning a spot on the team full time. Every kid has a dream of playing professional baseball and after completing 2 years at SRJC and not producing well enough to be a professional prospect, everything changed the day I met Joey Gomes.

The amount of information I learned from Joey both mechanically and mentally made me into the player I am today. I had 1 home run in Junior college my first year, I was a player who would hit the ball the other way and didn’t tap into the power to take me to the next level. I ended up hitting 6 home runs that summer which was a miracle and after that summer I ended up hitting over .400 and being the California junior college player of the year.

I was lucky enough to take my talents to the University of Houston and eventually becoming a 4th round draft pick. I went from a .280 hitter with 1 homerun to a mid .300 hitter with 18 homeruns at the division 1 level. All because of the summer of ‘15 with Joey Gomes.

Enough about my story: If you are a baseball player in the Sonoma County area and want a chance to be the best version of yourself you NEED to see Joey Gomes. He will take your baseball skills to the next level and I promise it will be the best decision of your life. He taught me what I need to do to be great, how to be consistent with my swing and to this day I continue to grow by the words from Joey Gomes.

Joey has an unbelievable resume from professional baseball, he is in constant contact with Professional and collegiate scouts, and has created kids from the 707 into legit collegiate and professional prospects.

There simply is no better resource available than to come hit with Joey. My biggest regret in baseball was not seeing him earlier in my career. If you want to take your career to the next level go see the hitting guru Joey Gomes and come join the PartyOutFront™ movement.” 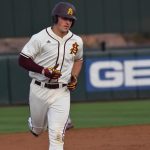 “I started hitting with Joey when I was 13 and it is one of the best decisions of my life. Joey is the real deal and knows what it takes to instruct a Division 1 big league hitter. He is always fun to be around and get better with!” 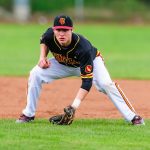 “Joey Gomes is one of the greatest influences I’ve had in this game. He has helped me develop my skills over the past 6 years. Joey isn’t a hitting coach, he’s a mentor.

He doesn’t try and change your swing, he doesn’t draw lines and circles on an iPad, he just keeps it real and simple. Hit the correct part of the ball if it’s in the zone. It sounds easy but he sets the standards as if you are already in the major leagues. Why not set the standards at that level? The goal is to get that level so why not set the bar that high at a young age?

I could go on and on about how Joey has helped me become a good hitter and baseball player but I’m not going to do that. JOEY WILL MAKE YOU A DUDE. Love that guy for everything he has done for me!”